« Back
This discussion has been locked. 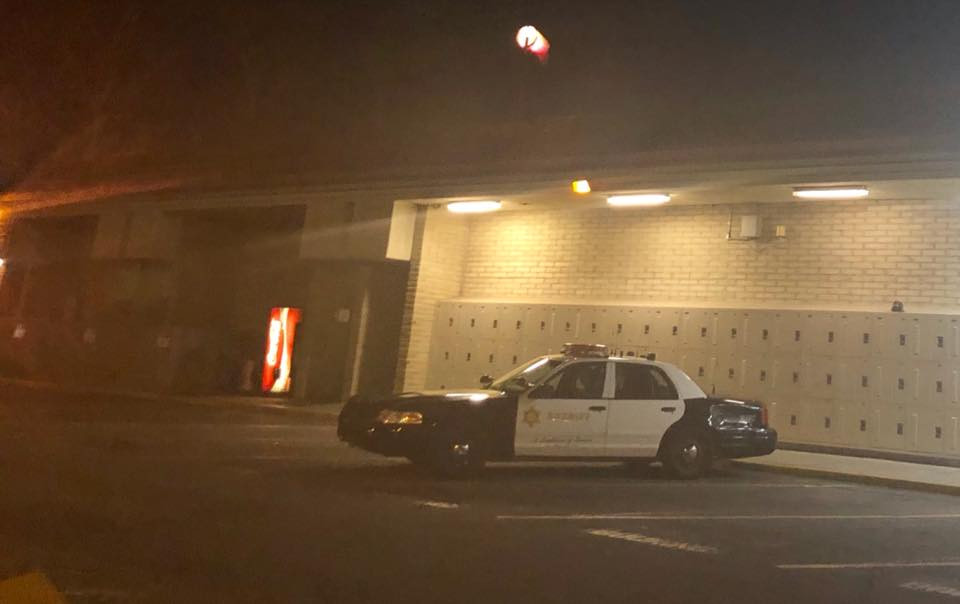 On Monday morning at approximately 2:30 A.M., deputies responded to a vehicle burglary call in a residential area on Sierra Highway, Canyon Country. A couple had reported hearing the sound of the doors on one of their vehicles being opened. The homeowner went outside and confronted a male adult suspect and assisted in detaining him until deputies arrived. Responding deputies arrested a 41-year-old male adult on theft charges.We encourage all residents to join us in the #9PMRoutine. Before you go to bed, ensure all valuables are removed from your vehicle, and lock doors. Check all home exterior doors and garage door to make sure they are secured.-- In partnership with the City of Santa Clarita, the Santa Clarita Valley Sheriff's Station is joining other public safety agencies across the country to promote the "#9PMRoutine," a social media campaign to raise awareness and promote safer habits among residents to prevent unnecessary thefts from vehicles, as well as home and car burglaries.Since incorporation, one of the City's top priorities has been the safety of residents. In fact Santa Clarita has been placed in the top 10 safest cities in California according to FBI data analyzed by safehome.org.However, with a recent rise in theft-related crimes, both the Santa Clarita Valley Sheriff's Station and City of Santa Clarita will use their social media accounts to spread messages with the hashtag #9PMRoutine to remind residents to take crime preventative measures every night before they go to bed at 9:00 p.m. Residents are encouraged to set a nightly alarm on their smartphone, watch, or other device to remind them to do the following:1. Remove valuables (electronic devices, wallets, etc.) from your vehicle.
2. Ensure that vehicle doors and trunks are locked.
3. Check that all house and property exterior doors and garage are locked.
4. Turn on exterior lights."These are simple things the community can do, before they go to bed, to partner with us to prevent themselves from becoming a victim of crime," says Captain Robert Lewis.To join the 9 p.m. Routine and help spread the word to your community, show your 9 p.m. Routine with the hashtag #9PMRoutine and follow the Santa Clarita Valley Sheriff's Station and the City of Santa Clarita social media accounts on Facebook, Twitter and Instagram.Twitter @SCVSheriff: www.twitter.com/scvs heriff
SCV Sheriff Instagram: www.instagram.com/sc vsheriff/
Reply
* Reactions disabled on political threads.
What are your thoughts? Log in or sign up to comment Log in » Sign up »

Good day Friend. I need your assistance to move the sum of $26Million USD from my bank to you for investment project, i work with Hang seng bank Hong Kong Please reply for more details of this business deal. Regards,
Poon Chiu
poonchiu20@yahoo.com
Poonchiu20@outlook.com
+85230084606 Whatsapp number
Reply
* Reactions disabled on political threads.
This discussion has been locked.
« Back to Main Page
Views: 3,882